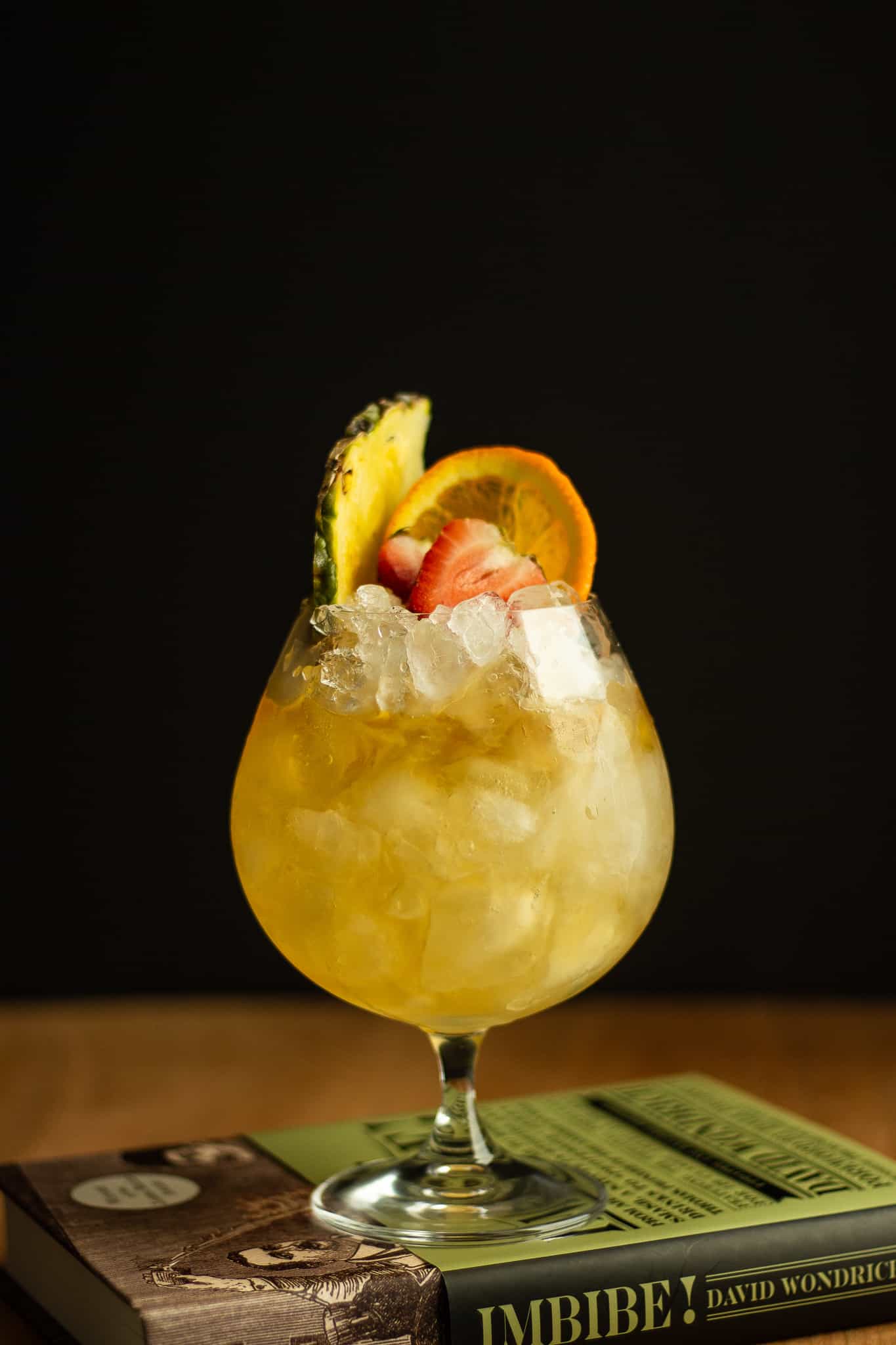 This classic cocktail is laced in controversy and history that dates all the way back to 1842. The reality is, no one knows the TRUE ingredients or measures when it comes to the Moral Suasion, but it’s close enough, and I’ve brought it even closer to our Canadian home. Stay tuned to Thursdays as I highlight old classics that have been long forgotten, with a series I like to call #TBThirsty.

When it comes to cocktail books, I’m having the same issue as my bar situation at home, which is…there is NO SPACE! My shelves are getting completely stacked with recipe, wine and cocktail books that I have to be smart with what I add to my collection. Most of the time though, I cave, and I hope to God that the shelves won’t fall on itself. Okay, that’s a bit dramatic, but you get the point.

This time around, I caved for the ‘Imbibe’ book by David Wondrich. This book is no joke. It goes into a ton of detail of where our cocktails come from, the story and history behind each one and the people that made it happen. If you love history, story telling and cocktails, THIS IS FOR YOU. I’m ashamed that it took me so long to crack open the book, but better late than ever, and BOY am I excited to share with you.

I was just casually flipping through the contents until I reached a page called the Moral Suasion. Something about it spoke to me and I decided to dig deeper in its history, and let me tell you found out:

I don’t know about you, but this sounds like a Netflix film in the making. I was completely glued to the Imbibe book as they described its history. Now you’re probably wondering, what is in this cocktail?! Well it’s a combination of sugar, lemon, peach brandy, curacao, benedictine and a dash of cognac on top of crushed ice and an assortment of fruit.

Unfortunately finding quality peach brandy is a bit of an issue in Ontario, so I improvised and made a Moral Suasion that has a Canadian influence. I brought out the Dillon’s Peach Schnapps that I love so dearly. Now when it comes to Curacao, there’s a bit of history in that itself, which I’ll get into another time. But if you can find genuine, orange curacao, hold on to it because it’s true authentic form doesn’t seem to exist, well at least we don’t have easy access to it in Ontario. Because I missed the ‘brandy’ component in the peach, I put the peach brandy and curacao in one by using Grand Marnier. I know it will change the overall profile of the cocktail, but again, I’m on the hunt for the genuine curacao so bare with me.

That’s it folks. This cocktail speaks to a lot of things I love, from cocktails made over crushed ice, the peaches, the cognac, and fruit salad on top. I’m sure you will love this as much as I did. I’m also going to cheers to Jewett, for pissing off bartenders enough to create this sort of magic. 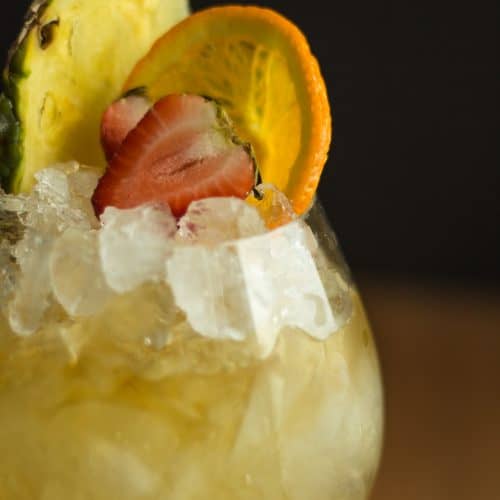 A riff on the classic and controversial cocktail by Peter Brigham called the Moral Suasion. It combines peach schnapps, cognac, benedictine and lemon for a refreshing imbibe!

Hi, I’m Monica and I’m your Fairy Barmother. At Liquid Culture, creativity is encouraged and education is used to empower followers to be the best they can be.
PrevPreviousItalian Rose
NextNew School DaisyNext