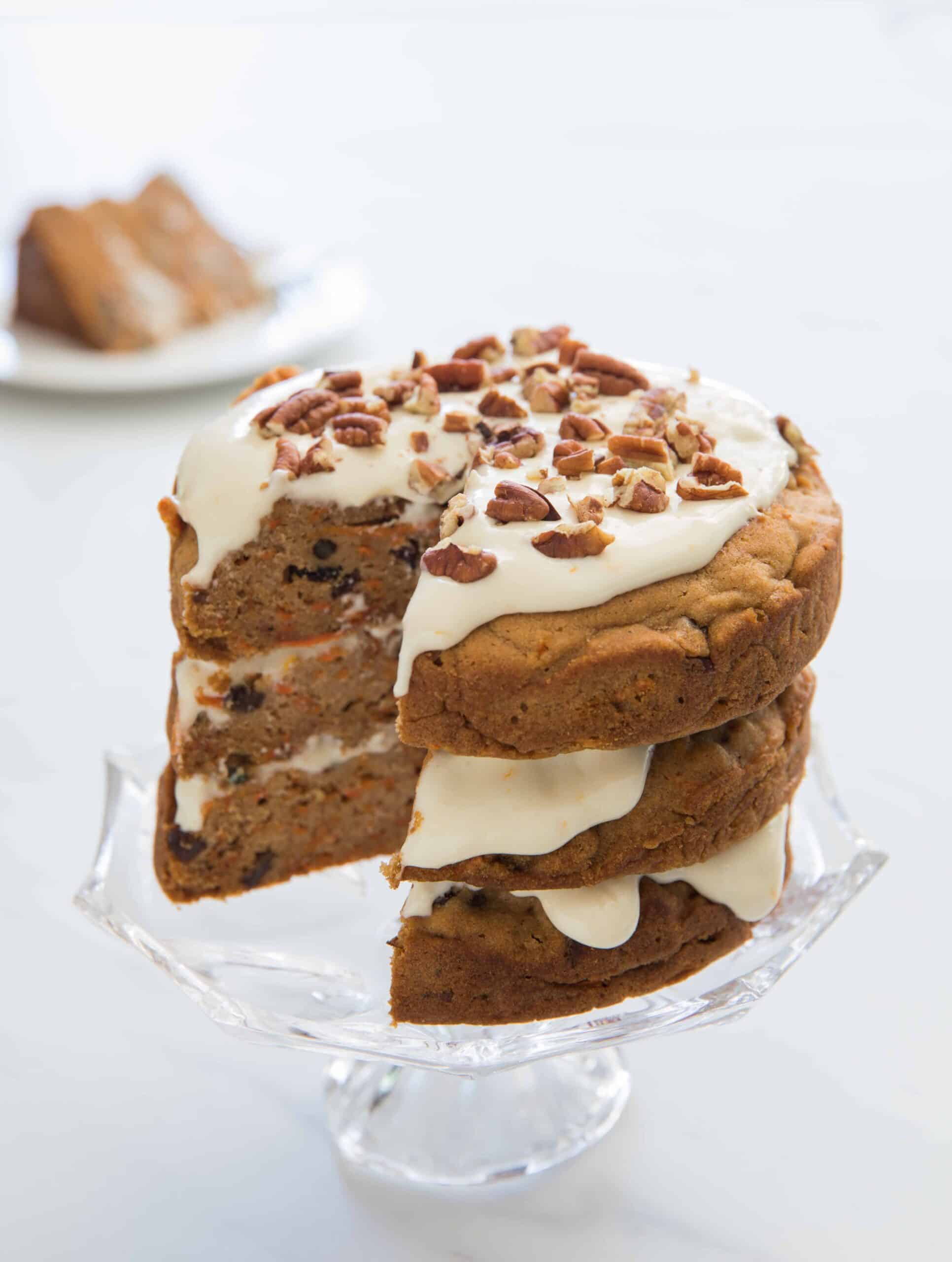 So I’ve been on the hunt to improve some of my most popular recipes on the Liquid Culture platform. Whether it’s searched organically or loved on the social platforms, this Rum Carrot Cake has received a lot of love. It had been a while since I created it, and having hated the photography, I knew I wanted to tackle this once more. I ended up changing the technique of baking this cake, but I have to say, it’s PHENOMENAL. If a good Rum Carrot Cake is something you’re on the hunt for, you will not regret this!

First and foremost, there really is nothing wrong with the recipe I featured before. It’s just that my tastes have changed. I find myself too sensitive to nutmeg and there was way too much of it. I was alarmed at how much oil was in the cake so I wanted that to change as well. So really this Rum Carrot Cake is my “adulting” improvement and I love the direction it went!

Choosing your Rum for a Rum Carrot Cake

The other man component that was adjusted is the Rum used. Now that I’ve become a lot more picky about the rums I used in both cocktails and cooking, I wanted to make sure I used a brand I LOVE. That’s where Hart & Son’s comes in. Ever since I was introduced to their Spiced Rum but my Rum family, it’s the only Spiced Rum I trust. Now for the cake, I used half and half of Lemonhart’s Overproof Rum with their Blackpool Spiced Rum. And simply for the icing, the Blackpool Spiced Rum was used.

If you don’t have access to this brand, that’s okay. Just try to avoid any Spiced Rums that are heavily flavoured with artificial syrups, etc. (and there’s a ton of them unfortunately). And for the cake, ensure you go with an overproof, because you don’t need MUCH for it to go a long way in terms of flavour.

This was tricky. So many recipes I found had an insane amount of vegetable oil, and I get that it keeps things moist, but DAMN, I barely even fry my food. Then I found the recipe in the Gramercy Tavern book which SAVED the day! It makes this cake much lighter but believe me, IT IS STILL MOIST. Just make sure you have a stand up mixer around, or good arm strength, because you’re going to need a lot of time whisking.

So please ignore how runny the Cream Cheese Rum Frosting is in the photo. I ran out of cream cheese and added a TOUCH more of rum than I had wanted (it spilled, I swear!). In addition, I reduced the icing sugar slightly, because it has a somewhat metallic taste for me. It also made sense to replaced the vanilla extract and Grand Marnier and use the spiced rum used above instead.

This is a component you can easily adjust. Seeing as I didn’t have any walnuts and genuinely, I LOVE pecans in a Carrot Cake. In addition, I soaked the Raisins in rum and acid before tossing it in. I learned this from Yotam Ottolenghi who would soak his raisins before in incredible rice and lamb dish. I will ALWAYS soak raisins if ever I’m cooking now because of this.

If you’re team #IHateRaisinsInMyCarrotCakes, omit it. Add whatever you want. Even dried cranberries can be delicious. Experiment and let me know what you choose for this Rum Carrot Cake! 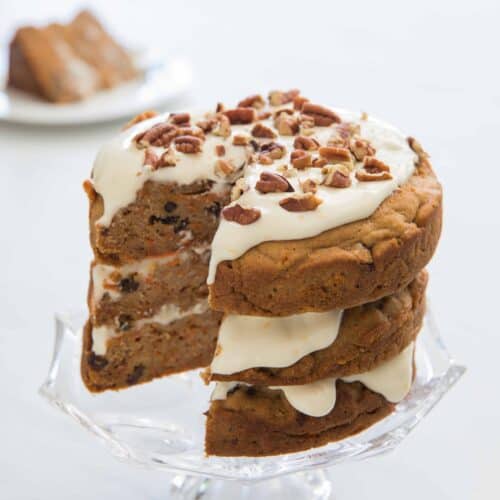 I decided to give my timeless recipe an upgrade and I love this lighter style Carrot Cake so much. Infused with some of my favourite Rum's, and easy to whip up at home!

Hi, I’m Monica and I’m your Fairy Barmother. At Liquid Culture, creativity is encouraged and education is used to empower followers to be the best they can be.
PrevPreviousStrawberry Tomato 0-Margarita (Alcohol Free)
NextTequila Shrimp CocktailNext