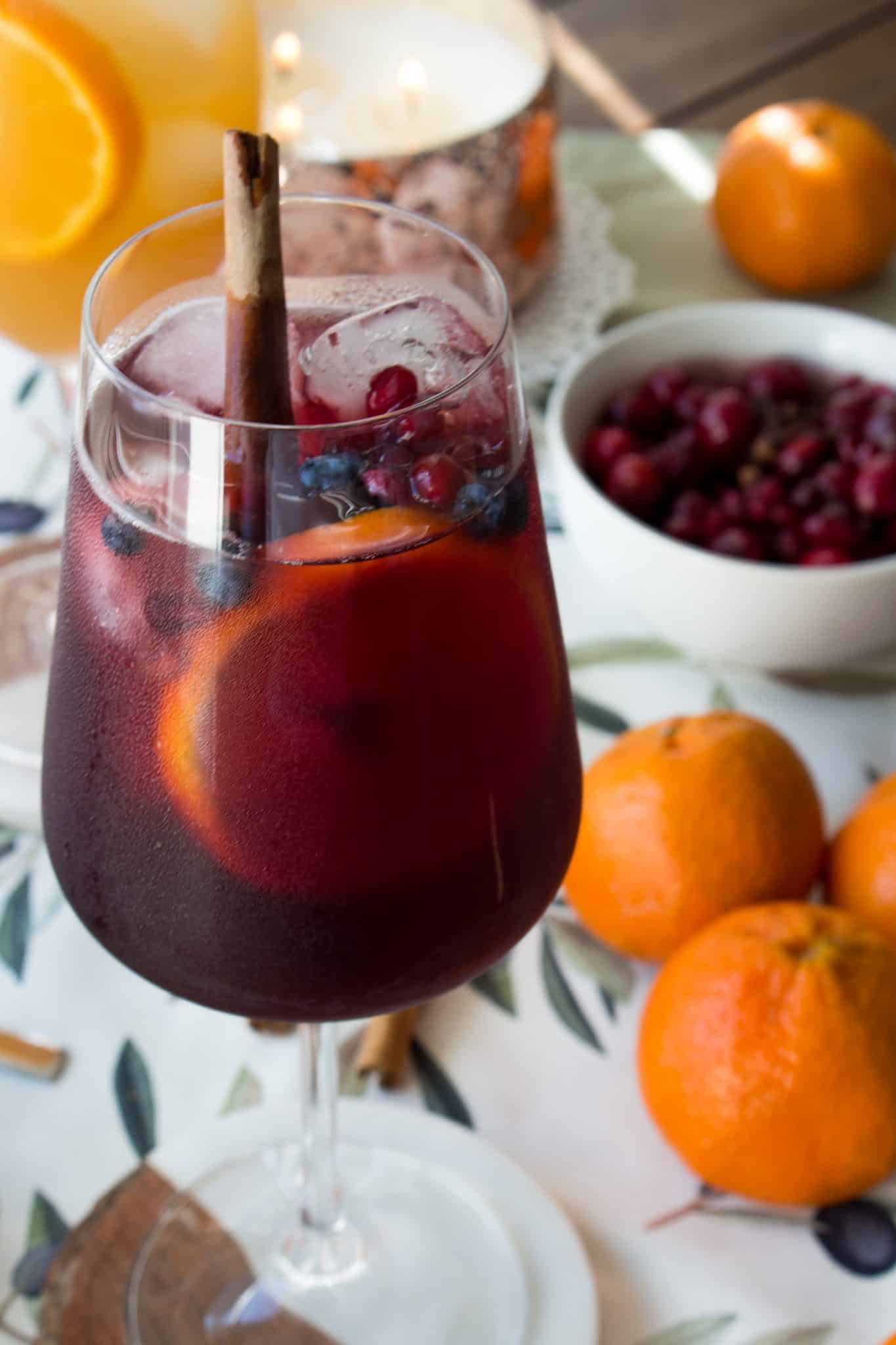 Before I start, I would just like to state that EVERYONE has a different style and preference to their Sangrias. My way is not the only way, as much as I like to think so. But I will say this, with all the parties and gatherings I’ve had to make sangrias, I have never had a complaint. Follow my guidelines and I’m sure you won’t either.

There is nothing quite like a Sangria, and when it’s good, you can drink it by the gallons. It sounds like a recipe for one terrible hangover, but life is too short to think that far ahead. I can confidently say that Sangria’s are the adult version of jungle juice. If you cringed hearing the words Jungle Juice, I probably know why. Jungle Juice is the devil. I don’t know who is putting recipes out there in the universe, but they need to stop! That life where sugar, mountains of juices and multiple layers of sweet liqueurs is now officially over, because we all know that hangovers were meant for our university days.

So you’ve upgraded to Adult Status, but you’re just not sure of what or how much you need. You’re not confident in the ratios that should be used, and there is nothing you hate more than wasting alcohol. Does this sound like you? Not anymore, because by being a part of Liquid Culture, your Fairy Barmother (me), will never leave you astray, and I am here to answer your pressing concerns!

In the most simplest of forms, remember this ratio:

Make this your credit card digits, make this your password for your phone, or not, but just remember these numbers. Let’s break it down in an example:

The reason I have it in this order is how I traditionally layer my sangria. Wine, liquor, followed by a liqueur, and then lastly topping it off with a juice mixture.

Okay, so now what? You have the ratio, but what do you use? Well this is where you can be your most creative self. Depending on what party you are throwing, the themes, colours, fruits in season, can be done by following my ratios. I’m all about the examples today, so I will give you one for inspiration and ideas.

It’s Cinco de Mayo and you want to get your Mexican on and show your people just how festive and creative you are. So let’s go through the steps of choosing the ingredients:

If you are feeling adventurous, add some whole peppers and chilis to the batch to create some heat. You don’t want too much or it will overwhelm the entire sangria, but it’s an idea that works with the overall theme of Cinco de Mayo. When creating the pitcher, make sure to leave some of the fruit used in the sangria on the side. This allows your guests to add additional fruit to their glass, especially when using the big dispensing containers, since the fruit typically doesn’t come out of the spout.

Something to be aware of when creating a Sangria is the budget you have in mind. You don’t have to pick up an expensive bottle of wine and you shouldn’t in all honesty, but I wouldn’t grab the boxed wine either. Find a happy medium, and remember to keep in mind what type of Sangria you are making. With the example of the Cinco de Mayo Sangria, since I liked the idea of adding spice and heat to the mixture, I would lean towards a Shiraz or Cab for something bold to pair with the flavours. Something sweeter in nature could also work with pairing the flavours.

Other ways you can budget for a Sangria is adjusting the liquors and liqueurs used. In the past, when I’ve created light and refreshing Sangrias, I’ve substituted a liqueur with a dry vermouth. This worked wonders when I concocted a Watermelon and Ginger Sangria, and it’s light profile allows you to add more of this liquor to the batch, so it’s boozy without anyone really noticing.

Sodas and pops are an obvious way to keep your Sangria within budget. I would spread caution to this, only because you may end up with a very sweet product. In the end, be mindful of the flavours, and don’t be afraid to adjust in the end!

Did you notice how I limited my juice flavours in the Cinco de Mayo example? That’s because throwing a bunch of flavours into a Sangria doesn’t necessarily translate to a good thing. Be concise with your vision and flavour of the Sangria. There’s already so much going on with the other ratios and components of the drink, that you don’t want to end up making your own version of jungle juice. Think about your pairings carefully and what compliments the flavours best. This is particularly important when throwing in herbs into your batch. When marinating, the herbs can have an overwhelming effect. For example, Sage is one of those herbs that can definitely overwhelm a batch with time. So what may have tasted a certain way when you first threw everything together, will come out completely different with time. Think of Sangria’s as a piece of meat. Too many flavours, or portioning components incorrectly can be detrimental to the overall taste. Sangria’s are forgiving in terms of ratios, but it can be overkill when there is just too much going on. Get it? Got it? Good!

See how easy that was? As long as you have an idea of what you want to create or themes involved, the possibilities are limitless. I can’t express enough that their are so many outcomes and delicious concoctions to be made, and as long as you stick with the ratio, everyone will be happy. I’d love to hear about some of the flavours and ideas you’ve made now that you have this ratio system!!

Hi, I’m Monica and I’m your Fairy Barmother. At Liquid Culture, creativity is encouraged and education is used to empower followers to be the best they can be.
PrevPreviousFall Sangrias (Red vs White)
NextCactus Fruit CocktailNext 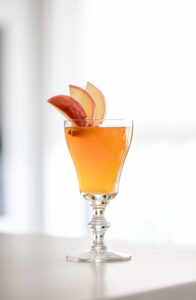 Apple of my Eye – Cognac, Sherry and Apple Cider Cocktail 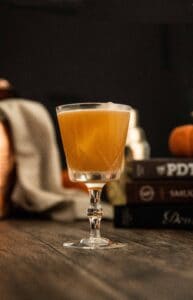 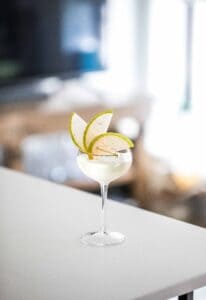 Celebrating all things Alcohol-Free Cocktails with CTV’s The Social 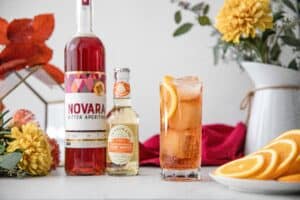 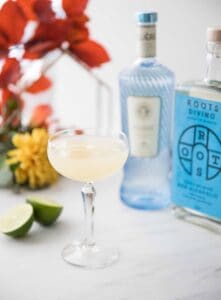 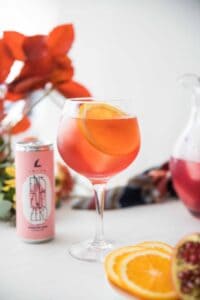 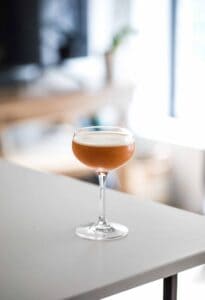 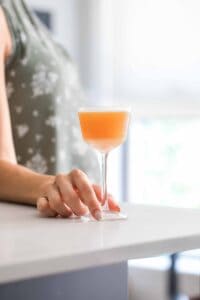 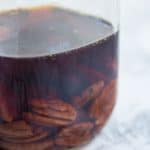